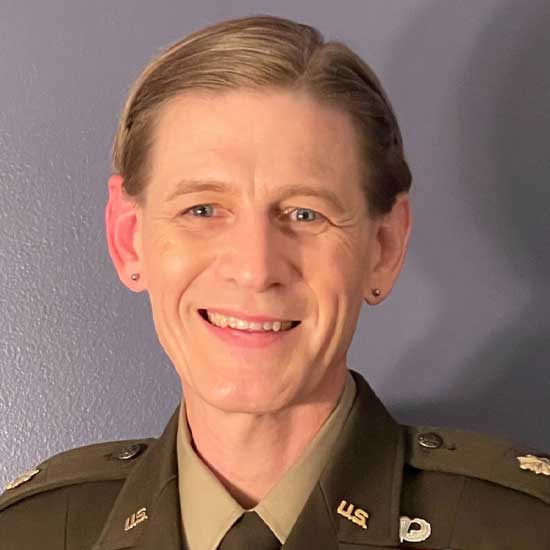 Transition in the Military, the Service Member Perspective
28 Year veteran of the United States Army. MAJ Christina Alkire joined the Army as Private Brian Alkire in May 1993. They were active duty for three and a half years prior joining the Army National Guard. They graduated from East Carolina University in 2000 and then attended Officer Candidate School. 2LT Brian Alkire was commissioned into the Military Police Corps and spent several years as a traditional National Guard Soldier. In 2005 they accepted a position in the Active Guard and Reserve and have continued in that status. In 2006-2007 they deployed to Kuwait and then in 2010 deployed to Iraq. MAJ Christina Alkire has held many positions thought-out her career and is currently assigned as a Senior Human Resources Officer. She started her transition in August 2018 and “came out” to her command in February 2021. Her gender was change in DEERS, the Defense Enrollment and Eligibility Reporting System, effective 1 August 2021. She currently resides with her partner and has four children, Madison 20, Connor 18, Kaitlyn 16 and Hayden 13.